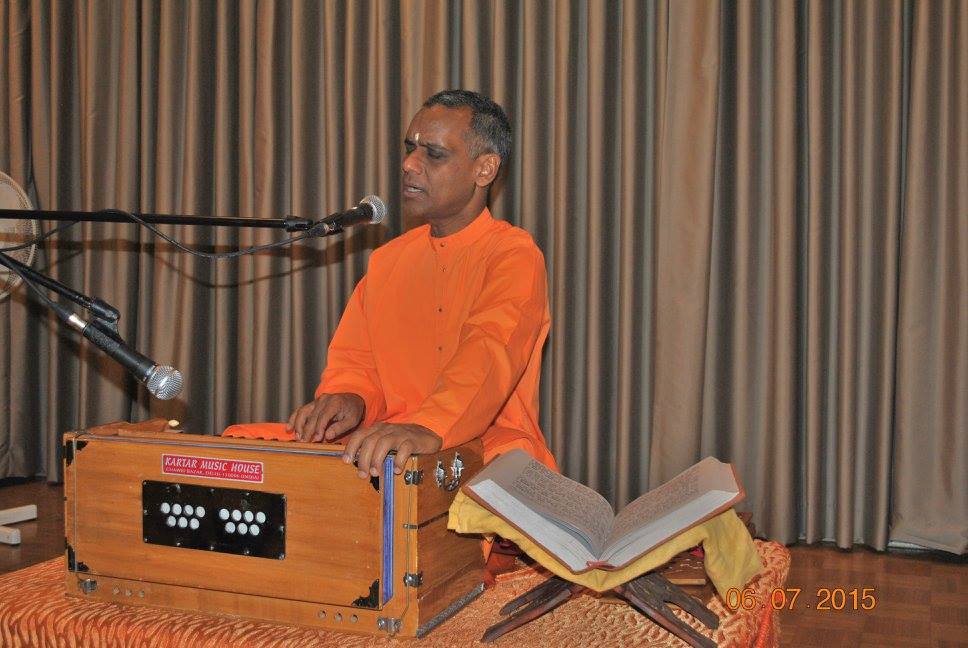 Jnana Yajnas are five to seven days series of public discourses on a Vedantic scripture given by an Acharya of the Chinmaya Mission. Jnana Yajnas are regularly organised by our centre.

The core of the Hindu religion is its philosophy of Vedanta. Vedanta is a science. Just as physics, chemistry, biology, are sciences of the objective world, Vedanta is the science of the subjective world. It is the science of life. It provides answers to questions such as: What is the goal of life? How should one live life so as to achieve that goal? What is God? What is man, and what is the relationship between God and man? The principal forums through which Chinmaya Mission disseminates this man-making knowledge of Vedanta are Jnana Yajnas and Spiritual Camps.

In a traditional Vedic yajna, the ritual calls for the invocation of Fire and other deities in a sacrificial trough. As devotees single-pointedly offer oblations into the trough, they chant Sanskrit mantras and hymns of praise for blessings and protection. It is from the image of this ritual that Swami Chinmayananda coined the term, ‘Jnana Yajna.’ Here, the spirit of sacrifice and cooperation are retained, but instead of offering grains and herbs in a physical fire, ignorance and negative tendencies are sacrificed in the fire of Vedantic knowledge.

‘Jnana Yajna’ is also a term used by Lord Krishna in the Bhagavad-gita to refer to the study of scriptural texts by a student as a ritual of worship at the altar of Knowledge.

“The eternal values of life, which constitute the theme of the Upanishads and Bhagavad-gita, have a knack of influencing an individual’s heart and ultimately conquering it … even though, in some cases, it may take a relatively longer time. In fact, it is my experience that these ideas never die in the heart of the students, once they are logically explained and convincingly expressed.”