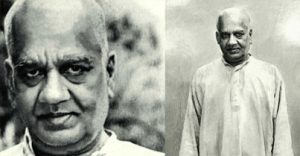 Swami Tapovan Maharaj was that pristine glacier of Self- knowledge through whom flowed the Ganga of Vedantic Wisdom of Swami Chinmayananda, the architect of the Chinmaya Movement. 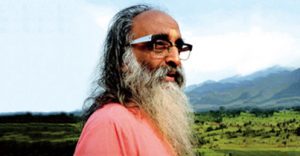 H.H. Swami Chinmayananda is a world renowned authority of the scriptures of India, especially Bhagavad Gita and the Upanishads. He was born in 1916 and attained mahasamadhi in 1993. He worked relentlessly for about 40 years to bring about spiritual revival in India and abroad. His unique style and logical approach is appealing to all young and old. 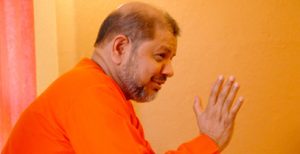 Swami Tejomayananda is the former Head of Chinmaya Mission Worldwide, a position he held since 1993 after Swami Chinmayananda attained Mahasamadhi. If Swami Chinmayananda served the cause of Vedanta with his service, knowledge and pioneering qualities, Swami Tejomayananda – fondly addressed as Guruji – completed that with his natural attitude of devotion. This is richly and abundantly evident in his talks, his singing, and his demeanour. 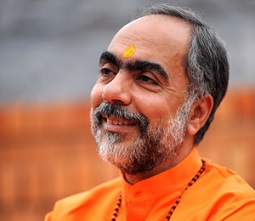